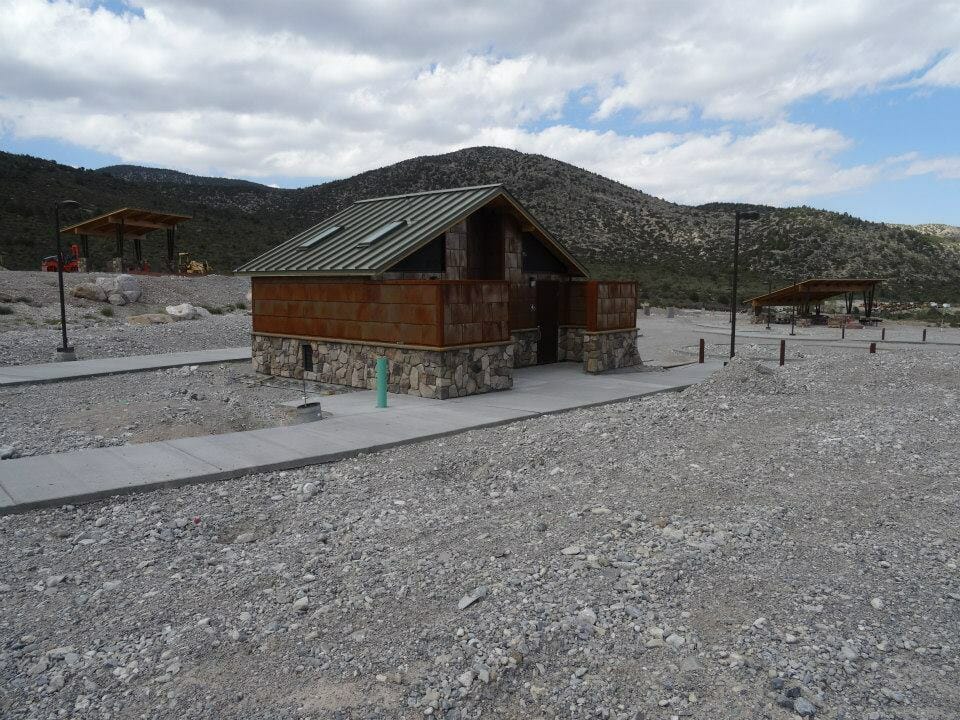 Romtec is honored to have supplied two unique restrooms for the National Cold War Memorial in Mount Charleston, Nevada. The Memorial was constructed where fourteen Cold War operatives lost their lives in a 1955 plane crash on Mount Charleston near Las Vegas, NV. Details about the crash remained classified for over 40 years for secrecy regarding the development of the U-2 aircraft. Unfortunately, many American women and men lost their lives during the Cold War, and their families where never given closure as details about their deaths we often times classified. Romtec supplied multiple restroom buildings and pavilions for the Memorial. Each structure was outfitted with a custom rusted steel siding to recall the rusted fuselage from the plane crash. The mangled and rusted propeller from the crash was fixed to a large boulder to serve as a monument for all the American lives that were lost in secret during the Cold War.